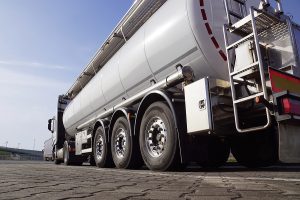 Abbey Logistics CEO Steve Granite has responded to UK Prime Minister Boris Johnson’s comments about the HGV driver shortage and the government’s unworkable plan to offer a temporary driver visa to drivers from the EU.
Speaking to Sky News and BBC News, Granite suggested that a temporary visa scheme was not attractive for drivers and only a long-term driver visa system and adding HGV drivers to the skilled worker list would make a difference.
He also highlighted the challenges facing new drivers getting test slots and the barriers for some HGV parking site owners getting planning permission to improve their sites.
He repeated that the industry was doing all it could to attract and retain drivers, including significantly raising salaries, investing in their own facilities, and re-engineering shift patterns to accommodate drivers work/life balance, but the sector needed Government support to get the wider range of initiatives through, as recommended by organisations such as the Road Haulage Association (RHA) and Logistics UK.
He said:  “It is a tactic to deflect the blame onto the sector and it is infuriating. Yes, there has been a driver shortage for years but never have we seen food, fuel and construction materials shortages such as we are seeing now.
“The driver shortage is a result of Brexit which lost us over 10,000 drivers, combined with the delays to the HGV driving tests during Covid which lost us another 30,000 drivers and the government’s IR35 tax rule changes which also lost us many European drivers who could no longer operate as limited companies.”
He said raising pay rates was not enough to solve the crisis. “We have increased our pay rates by double digits and brought in better facilities and conditions for our drivers but there are not enough drivers out there to meet demand. We are hiring, but retaining drivers is a problem when there is a shortage.
“The government has to put drivers on the skills shortage list. They have to accept that their immigration policy since Brexit does not match the needs of the UK economy.”