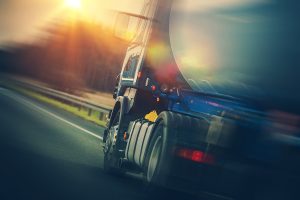 Saudi Aramco has laid out plans to produce hydrogen-powered tankers.
The oil and gas major’s plan include developing related technologies through the company’s advanced innovation centre, a senior company official said.
“Saudi Aramco is cooperating with major motor manufacturers and technology developers to support developing internal combustion engine models, technologies with lower emissions and efficient hybrid solutions,” Ahmed al-Saadi, senior vice president for Aramco’s technical services, said.
“Hydrogen has the potential to enable emissions reduction in the transport sector, particularly in segments that are difficult to decarbonize — such as heavy-duty vehicles.
“Looking ahead, Aramco is working to localise the manufacturing of hydrogen vehicles in Saudi Arabia as well as develop hydrogen vehicles technologies through its Advanced Innovation Centre (LAB7.”
The Saudi Arabian state-owned giant signed multiple agreements with French players, including a key deal to explore a hydrogen-powered vehicle business with clean transport solution provider Gaussin.
The agreement between Aramco and Gaussin aims to establish a modern manufacturing facility for on-road and off-road hydrogen-powered vehicles in Saudi Arabia, Aramco said.
“As a first step, Gaussin and Aramco will study the feasibility of a manufacturing facility and a hydrogen distribution business to serve the Middle East region,” the company added.
The two companies also agreed that Aramco’s LAB7 centre will be closely involved in Gaussin’s development of hydrogen-powered vehicles and the development of a remote-controlled/autonomous hydrogen racing truck.
LAB7 aims to integrate Aramco’s composite materials into Gaussin’s existing range of products to reduce the weight, energy consumption and cost of these vehicles, the company noted.