Boost in profits for Stolt-Nielsen 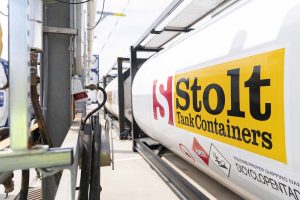 Stolt-Nielsen Limited has reported an operating profit of $24.1 million (€21 million) for the third quarter and first nine months of 2021.
This was up from $12.6 million (€10.9 million) for the same period 12 months ago, reflecting improved trading results, lower owning expenses and a gain on the sale of a ship.
Stolthaven Terminals reported operating profit of $19.8 million (€17.1 million), up from $18.3 million (€15.8 million), driven by improved utilisation at several owned terminals, partly offset by lower equity income at joint ventures.
Stolt Tank Containers reported an operating profit of $24.7 million (€21.3 million), up from $12.5 million (€10.8 million), reflecting higher transportation and demurrage revenue.
Niels Stolt-Nielsen, CEO of Stolt-Nielsen Limited, said: “The improvement in the third quarter was primarily a result of very strong performances and market conditions at Stolt Tank Containers and Stolt Sea Farm.
“At Stolt Tankers we saw a recovery in contract nominations following the second-quarter negative impact of the Houston freeze in February.
“As a result of the higher contract volume carried, we were less reliant on the low paying spot market, which has not yet shown any sign of recovery.” He added: “At Stolthaven Terminals we continued to see an increase in utilisation and throughput volumes, driving improvements in revenue. Stolt Tank Containers’ markets continue to show strength with rising freight rates and higher demurrage revenue compensating for the rising costs.”