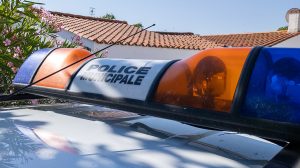 Two cleaning operatives were killed after descending into a tank in France.
The men aged 43 and 47 from Douaisis died on August 22, while working in a workshop of a carrier, installed on an old tile of pit 8, rue Léon-Gambetta.
The two maintenance employees, accustomed to repairing tanks, tanks and trailers, descended into a tank that they thought was cleaned.
The residue of the product it contained released sulfuric hydrogen fumes that proved to be fatal.
Fellow employees who tried to reach them by phone without success became concerned and went to the workshop where they found the pair who were not breathing.
Emergency services from Douai, despite all their efforts, failed to resuscitate the two workers whose death was declared around 5 pm.
An investigation is underway to find how the tragedy unfurled as forensic experts comb the scene.
Lutz Harder, EFTCO secretary general said in an email: “Unfortunately, it is always these very sad events that remind us to check our own security process and system to secure the safety of the employees. For this reason we are informing everyone about the death of two cleaners, who entered a tank and died in the process.”