Tankers could deliver to new depot if approved 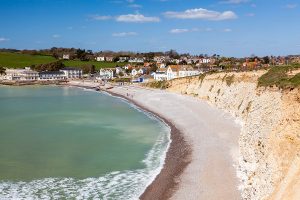 Planning approval is being sought to develop a new fuel depot on land at the Island Technology Park on the Isle of Wight.
Certas Energy has submitted new plans at the site between Whippingham and East Cowes as it looks to install three 125,000-litre fuel tanks between GKN Aerospace and the CECAMM building.
Large tankers would transport the fuel across the Solent via ferry before unloading at the new depot.
Smaller tankers would then refill to deliver fuel to customers across the island.
Up to five delivery tankers would be stored at the site, which looks set to be developed to the rear of the CECAMM building.
This application comes less than a year after the Isle of Wight Fuels depot at Kingston, also in East Cowes, was shut.
To compare the two sites, Kingston could store 3 million litres of fuel while this new site will store 375,000 litres, if it gets approved.